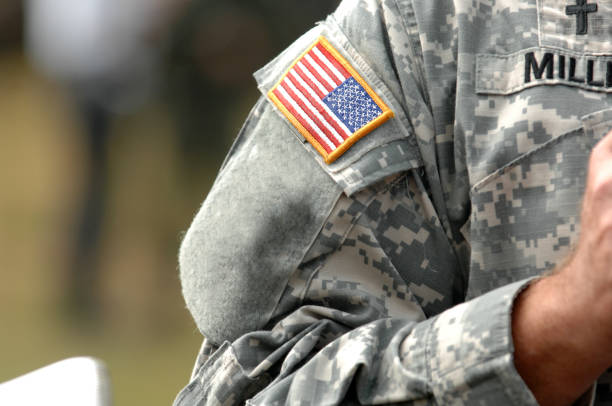 Now, this is one blog entry I have been insanely excited to write about! Finally! My military experience and what it taught me about laziness, life, and leadership! Needless to say, I was given a crash course on all three very quickly at the ripe old age of 18. Before I go into the lessons, allow me to give a bit of background about my military career.

I served in the US Navy on active duty from 2005 to 2009 and then did another 2 years in the Reserves. I had a much different experience in the Reserves than I did in my time on active duty. It left me with a very sour taste in my mouth, but it was still a learning experience. I digress. I joined the navy because I got my ex pregnant when she was 18 and I was 17. I had zero prospects to look forward to, and thanks to my mom calling my recruiter ahead of time and telling him all she could about me, I was sold, hook, line, and sinker, on it being the best option to provide for my infant daughter. It was the right choice. I came out of it a much better and more mature man after my 4-year stint, and the changes happened immediately into my Naval career.

I learned a great deal from the Navy, beginning in boot camp, and so much of which has translated into my current career as a business consultant, sales trainer, and leadership coach. More importantly, it taught me things that translated into being an adult, a father, and a husband. I was far from ready to be any of these things when I boarded the plane to Chicago in December of 2005. I thought I knew it all, and could handle anything. I felt like I could take on the world and crush it with ease. The second I stepped off the bus at the Recruit Training Command Great Lakes, affectionately dubbed by so many sailors as “Great Mistakes,” the world let me know that it wasn’t going down without a fight with a serious kick in the chest. When I say “stepped off the bus” I quite literally mean the second my shoe hit the cold pavement.

I learned the value of a team, the need for accountability, and to name just a few of the many lessons learned, that if one person failed, we all failed. I learned that a team is only as strong as its weakest member, and the rest of the team must do everything they can to ensure that the weakest link becomes strong. If we didn’t, we would fail. In boot camp, the punishment for failure was, to us, severe. We were worked out so hard and long that the walls and ceiling would be literally dripping with condensation, put into the air by our sweat and body temp. Outside of boot camp, the consequence of failure could quickly be death.

This focus on failure had effects on us that I didn’t realize until long after I had gotten out of the Navy. It taught us the benefit of dealing with disagreement, confrontation, and non-team players. As a unit, we quickly learned that certain people had to be dealt with in certain ways. No, I am not meaning we beat the crap out of somebody for screwing up as they did to Private Pyle in Full Metal Jacket. We had to learn and consider every recruit’s life experiences and backgrounds to understand their viewpoints and why they were disagreeing or couldn’t get it together.

It was my first crash course on the importance of diversity in a team without ever talking to us about diversity. We had all sorts of people with all sorts of backgrounds in our division. Each one brought something special and needed to the table. We were struggling to solve a problem the drill commanders gave us one night. We weren’t allowed to go to sleep until we had given them a satisfactory answer. Nobody could figure it out. Nobody, except one person. The complete nerdy and religious outcast of the division. This was about 4 weeks in when tensions and emotions were running high, and there was clear alienating going on. Within moments, our little loner had become a hero to us, as we were so sleep-deprived, we could have slept standing up. We all learned a valuable lesson that night. Every member of the team deserves to be heard, and every member of the team needs to be appreciated, no matter how much you dislike them.

For the sake of this not turning into the world’s longest blog entry, let’s move on to my time in the fleet. This is when I learned how to lead, the differences between good and bad leaders, how to make decisions as a leader, and what it felt like to guide people. It was a strange feeling. First, let’s give a quick history.

The fleet was incredible. I met the greatest people, some of which have been guests on my podcast, The Slaymaker Success Talks, I saw the most incredible places, and even though I didn’t realize it at the time, I was having the best 4 years of my life, up to that point, and mostly after as well. I got stationed aboard the USS Cape St. George, a guided-missile cruiser that was ported in Norfolk, VA. I chose that port so I could be home with my young daughter every weekend I didn’t have duty. Within 6 months of being onboard, they shifted our port from Norfolk to sunny San Diego. Definitely for the best. I still say San Diego is one of my favorite places in the entire world. This was also another valuable life lesson: Yourself comes last in that environment. The ship, Team, Self, in a nutshell. You were there to support the needs of the team, which were there to support the needs of the ship. Didn’t matter how bad it sucked, you had to get the job done.

I saw so much of the world and met the most fascinating people. Mexico, Canada, Australia, Bahrain, Panama, Malaysia, Singapore, and many others. With each port visit, unknowingly to me, I was learning how diversity plays a part in our lives and its importance. I learned about other cultures. I learned how to bond with my team in productive ways, a skill that came in handy later in my life. I learned the value of giving back, as I volunteered to do community relations work in every port I visited. I loved it.

OK, background over. I was handed over leadership responsibilities now and then, in various situations. I was placed in charge of the entire Combat Information Center during certain watch hours, where I had to lead and keep track of 30 or so people during wartime operations. Most of these men and women outranked me, some even being commissioned officers as I was an enlisted sailor.

If respect wasn’t given immediately because of the position, I had to earn it. I found myself working hard to earn respect when the best sailor I knew gave me a life lesson. His name was Senior Chief Maxwell. Any of my former shipmates reading this, or anyone that met FCCS Maxwell during their career is undoubtedly smiling and wincing at the same time, as the sheer mentioning of the name conjures images of a man who devoted every second of his day to making you be the best you could be, whether you were in his department or not, and also letting you know, very loudly and sometimes obscenely, when you screwed up, no matter how tiny of a screw up you thought it was. DISCLAIMER: Senior Chief, if you are reading this, I am not saying in, anyway, that you ripped me apart for anything small, they were all very very worthy of the extreme ass chewing’s you gave me throughout my career.

I became the sailor I was and the leader I am today because of Senior Chief. When a commissioned officer would not give me the respect, or even the time of day when I first became qualified to stand the Combat information Watch Supervisor, Senior pulled me aside and demanded I stand by and watch as he “Got the respect you deserve.” Pretty sure you can figure out how that happened. I remember Senior Maxwell making commissioned officers literally cry when they didn’t measure up to his standards. Having to earn the respect of your team is an incredibly crucial task, but as a leader, you need to be able to command that respect and even sometimes demand that respect. I learned to do it through competency, caring, and being tough when I needed to be tough. After all, I didn’t want anyone on my team to lose their life.

I could go on and on about all the lessons I learned from the military. Seriously, this barely scratches the surface of what I learned, but you don’t have time for that all-in-one entry. You have deals to make, customers to please, and people to lead!

The Gist of the Blog

What is the Blog of the Boss?